Vanilla slice, one of the most classic desserts around, has had a makeover.   All you need is a pie maker, and you can whip up a batch of these delicious individual sized pie maker vanilla slice.

Nothing beats a good vanilla slice, but it’s also one of the hardest desserts to slice into pieces, and is also so messy to eat.  This pie maker version involves no slicing, and is much easier to eat, yet still has the same amazing taste. 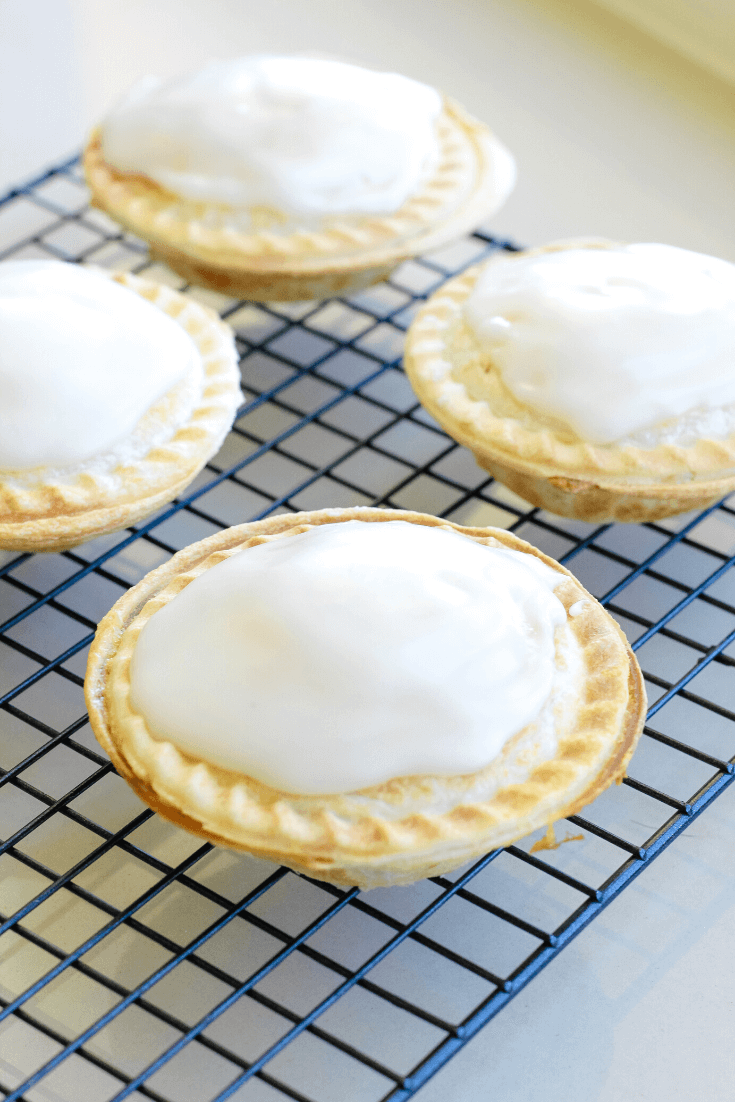 The vanilla custard filling in these pies is the same filling I use in my easy vanilla slice.  It’s basically the cheats way to make the custard filling, but it tastes amazing and gets rave reviews from anyone who tries it.

While custard is normally made using an egg mixture, this easy vanilla filling simple uses vanilla instant pudding, thickened cream and milk.  The three ingredients are beaten in a stand mixer or using hand held beaters until thickened.

If you haven’t invested in a pie maker yet, they are amazing.  I have only had mine for a few weeks and have already used mine to make pies, cakes and muffins.  You can even use it to make individual sized quiches.  It’s amazing!

There are plenty of different pie makers around, but I went for the cheaper option and grabbed the Kmart version for $29. How to make basic vanilla icing

Icing the pie maker vanilla slice is completely optional, but it does taste great!  To make a basic vanilla icing, you will need:

Place the icing sugar and vanilla extract in a small mixing bowl.  Add around 1 tablespoon of water to start with, and mix until all ingredients are well combined, adding extra water if needed to get a spreadable consistency.

Spread the icing over the pies and place in the fridge to set.  Store the vanilla slice pies in an airtight container in the fridge.