These Milo biscuits are the ultimate quick and easy biscuit recipe. Using only 5 ingredients, they are simple yet absolutely delicious.

The addition of Milo works wonders in this recipe. It adds a great Milo flavour to the biscuits, and also gives the biscuits a slightly chewy texture. If you prefer a crispier texture, simply bake the biscuits for an extra few minutes.

Milo is not only great in milk, but it’s also perfect for baking! Try these Milo recipes:

This recipe really could not be any easier, requiring just 5 ingredients:

How to make Milo biscuits

Before making a start on the recipe, prepare by preheating the oven to 180c. Line 2 baking trays with baking paper and set aside.

This recipe can be made using either a stand mixer with a flat beater attachment, or a large mixing bowl and electric hand held beaters.

First add the softened butter and white sugar, and beat until the butter is light and fluffy. Next, add the egg and beat once again until the egg is well incorporated with the butter mixture.

Finally, add the self raising flour and Milo and mix on a low speed until well combined and a dough has formed.

Take teaspoons full of biscuit dough and roll into balls. Place the dough balls on the prepared baking trays, and press down gently with a fork.

Place the trays in the preheated oven and bake for around 10 minutes, or until the biscuits start to colour slightly. the biscuits will still feel cool to touch at this stage, but will firm up as they cool down.

For biscuits that are chewier, reduce the baking time slightly. For firmer crispier biscuits, bake for an extra few minutes.

Leave the biscuits to cool completely on the baking trays before serving. Store the biscuits in an airtight container at room temperature. These biscuits can also be frozen.

These biscuits are suitable to freeze.

For an even chewier cookie, try using brown sugar instead of white sugar. 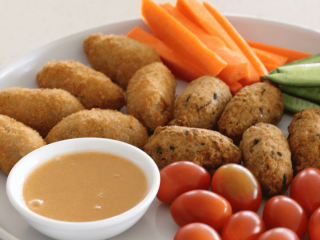 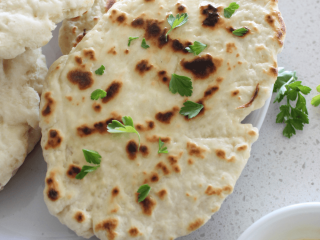