You might remember coffee scrolls biscuits from your childhood. They are no longer available in the supermarkets, but you can now whip up a batch of these sweetly spiced biscuits whenever you like.

These biscuits don’t actually contain any coffee, but are perfect served with that afternoon cup of coffee or tea. Not only do they taste delicious, but they are fun to make.

There is no better way to relax in the afternoon than to sit down with a cup of tea and a homemade biscuit. Find more great biscuit recipes below:

Wondering exactly what ingredients go into these delicious biscuits? This is what you need to whip up a batch:

Before making a start on the biscuit dough, first preheat the oven to 160c fan forced and line 2 x baking trays with baking paper.

Using either a stand mixer or a large mixing bowl and electric hand beaters, beat together the softened butter and sugar until light and fluffy. Add the vanilla extract, ground cinnamon, allspice and nutmeg. Beat once again until well combined, scraping the sides of the bowl if needed.

Add the egg and beat once again until well combined with the other ingredients. Finally, add the plain flour, baking powder and currant, and mix until a dough forms.

On a clean floured surface, roll out the dough using a rolling pin until the dough is approximately 1/2 cm thick. Use a round cookie cutter to cut out the biscuits. You should get around 24 biscuits, depending on the size of your cookie cutter. Place the biscuits on the lined baking tray.

Bake the biscuits in the preheated oven for 12-15 minutes, or until just starting to turn golden. Allow to cool completely before icing.

To make the icing, simply combine the icing sugar, pink food colouring and enough water to make a thick icing. Place a small amount of the icing in the centre of each biscuit.

Make 100 biscuits for only 6 cents per biscuit 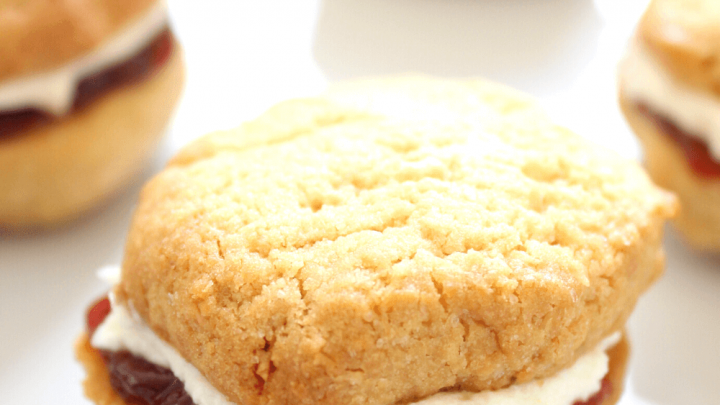 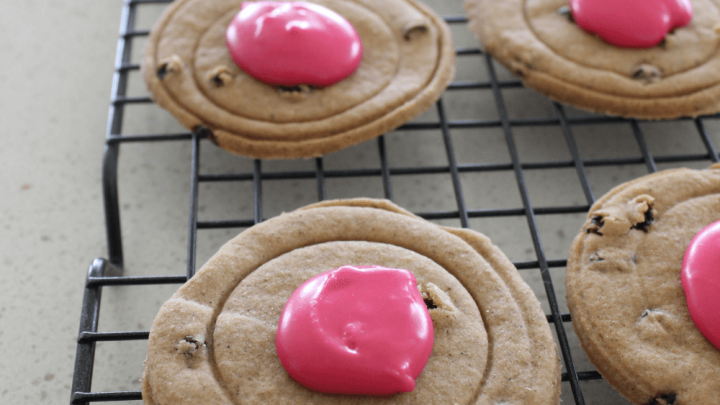 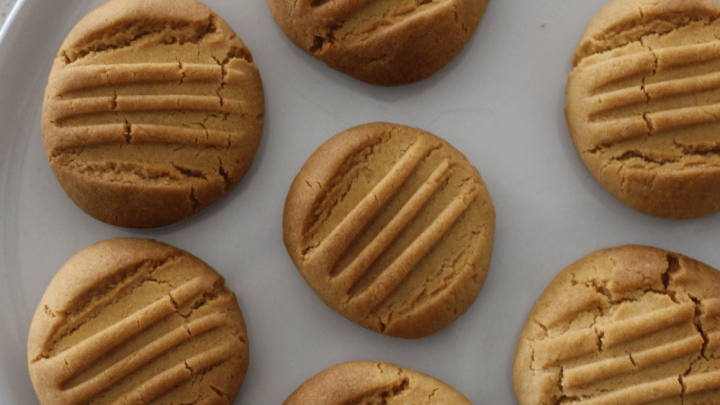